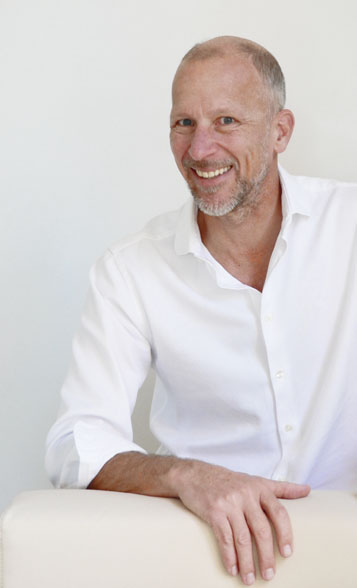 Lars Höhne grew up in an open-plan house characterised by wall to wall windows and wide spaces, designed by architect Hannelore Höhne. Living in a renowned family of architects influenced his views and understanding of space and light from an early stage, just as well as conversations about architecture and art. His work is highly influenced by the masters of modernity, who he holds as reference for the prime standards for good architecture.

At the same time, he adopted and assimilated the love of detail, efficient systematics and precise communication during his early years of his career. His studies took him from the TU Darmstadt to the ETSAB in Barcelona, where he studied and worked for several years.

Back in Frankfurt he opened together with Anna Tarragona the office ‘Höhne Architekten und Ingenieure’ in 1995. During this highly active period in Germany, partly in cooperation with the office of Klaus and Hannelore Höhne, Anna Tarragona and Lars Höhne remained active in Barcelona, and increasingly also in Mallorca. This led to the opening of the office, ‘Tarragona Höhne Architects’ in 2002.

Lars Höhne is registered in Germany and Spain as an active architect in the chambers (AKH 13092, COAIB 53949).

We use cookies to ensure that we give you the best experience on our website. If you continue to use this site we will assume that you are happy with it.Ok